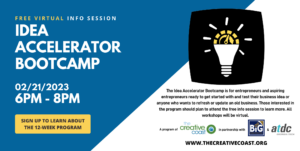 The Creative Coast’s annual Idea Accelerator Bootcamp is a virtual 12-week educational and mentoring program starting with a free pre-course to help attendees determine if entrepreneurship is the right path for them. The event is a partnership between The Creative Coast, Georgia Southern Business Innovation Group (BIG), and the Advanced Technology Development Center (ATDC). The Idea Accelerator Bootcamp is for anyone who is ready to test their business idea or anyone who wants to update an old business. 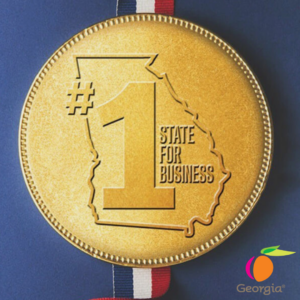 Governor Brian P. Kemp announced that Georgia has been named by Area Development magazine as the No. 1 state for business for the ninth consecutive year. No other state has earned this distinction for so many years. Governor Kemp was joined by executives from Kia Georgia, Bridgestone Golf, and Char-Broil’s parent company W.C. Bradley Corporation as well as members of the General Assembly, state and local economic developers, and local officials at Kia’s training facility in West Point to make the announcement.