Fun Train is a local virtual reality game development company based in the Savannah/Hilton Head area that’s making global waves in the VR gaming community. The company produces a variety of VR experiences, with releases including “The Exorcist: Legion VR,” “Tarzan VR™,” and the highly-anticipated “The Twilight Zone VR™,” which launched earlier this month. 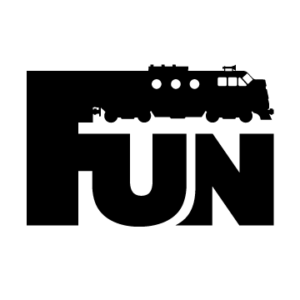 Though based in the Savannah/Hilton Head area, Fun Train reaches gamers from all over. “Fun Train works with remote development teams globally to produce story-driven virtual reality games based on well-known IP’s,” said Fun Train’s Manager of Production, Skyler Reep. “We publish worldwide on Meta Quest, PlayStation, and PC.”

While the Fun Train team may be small compared to similar companies, it’s also ambitious, especially as the company tackles games based on television shows and feature films. For example, Fun Train’s “The Exorcist: Legion VR” is a chapter-based storyline where players come face-to-face with a devilish entity based on the 1973 blockbuster. For gamers who aren’t fans of things that go bump in the night, there’s “Tarzan VR™,” an episodic single-player game with a heavy emphasis on exploration, combat, and immersive interactions with nature.

The game’s three original storylines, “Character Building,” “Terror Firma,” and “Deadline Earth” take about an hour to play through and are inspired by the unsettling atmosphere of the original Twilight Zone. For fans of VR gaming across genres, the stories within “The Twilight Zone VR” offer multiple genres to explore like psychological horror and science fiction and are full of unique plot twists and high-quality visuals.

Ready to play? Check out “The Twilight Zone VR” website to watch a game trailer and purchase. To learn more about Fun Train, visit the company’s website and Facebook.