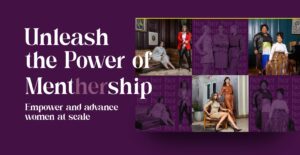 Menther, recently relocated its headquarters to Savannah, Georgia because of the ongoing incentives to lure talented remote tech workers into the city. Menther is a cross-generational community and digital platform aimed at unlocking opportunities for all women, regardless of zip code or circumstance. Due to the ongoing commitment by the Savannah Economic Development Authority to incentivize tech workers and companies into the area, Menther relocated its headquarters and will be celebrating its upcoming launch with members of the community on October 16th. Menther founders Lesli Ott and Vanessa Villaverde are hosting ‘A Night with Menther,’ which will allow attendees to learn more about the platform and how they can get involved.

Bertice Berry, PhD a best-selling author, former talk show host, and award-winning lecturer will emcee the evening. Berry has published 11 best-selling books in both fiction and non-fiction, won the coveted national Comedian of the Year Award, and was the host and co-executive producer of her own nationally syndicated talk show, “The Bertice Berry Show.” She’s been featured on numerous television programs and news outlets, including appearances on “The Oprah Winfrey Show”, “The Tonight Show with Jay Leno”, ABC’s “20/20”, and NPR’s “Tell Me More”. During the event, she will highlight the events that led to the founding of Menther and foster conversations around menthership.

‘A Night with Menther’ will feature words from founders Ott and Villaverde, who will welcome guests and share their inspiration behind Menther. The evening will showcase Menther’s community partners including Jennifer Bonnett, Vice President of Innovation & Entrepreneurship at Savannah Economic Development Authority (SEDA), and Nita Penn, Director of the Savannah branch of the Access to Capital for Entrepreneurs (ACE) Women’s Business Center. A special celebrity guest will also be revealed!

Guests will be able to mix and mingle over local food and beverages provided by sponsors. There will even be a signature Menther cocktail created by mixologist Susan Bishop. Event sponsors include Latin Chicks, LoGo Goods, Ghost Coast Distillery, Dawgz for All & More, Riverworks at Eastern Wharf, Susan Bishop Designs, Hotwire, and Bevy.

While the party is private, you can sign-up for the digital launch at https://menther.com/.

Menther uses technology to empower and advance women through cross and intra-generational female mentorship and support. Over the past year, they have won several awards from national competitions including the Hotwire Ignite Possibility Program for being identified as a tech-enabled DEI innovator. This all-female-founded firm will be growing in Savannah,Georgia alongside community partners including SEDA, ACE Women’s Business Center, Creative Coast, and SCAD.

Sign up for The Creative Coast’s weekly newsletter to get all of our featured news stories on innovation and startups in the coastal region delivered to your inbox.
Posted in Featured, News and tagged Featured, Menther, News, Savannah Economic Development Authority, SEDA