SAVANNAH (January 4, 2023) – The Creative Coast is thrilled to announce that Christian Sottile will be the third keynote speaker at the GRIT Conference happening on January 26-28, 2023 at the Savannah Cultural Arts Center. 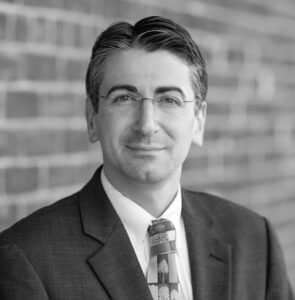 Sottile is principal of Sottile & Sottile, a Savannah-based urban design and architectural firm working extensively in Nationally Registered Historic Districts. His work includes civic design and master planning, emphasizing historic research, urban analysis, and community-wide engagement. He is a professor of architecture and urban design at the Savannah College of Art and Design and is the former dean of the SCAD School of Building Arts. In this role, Sottile led the graduate and undergraduate programs in Architecture, Architectural History, Preservation Design, Interior Design, Furniture Design and Urban Design.

He is joining keynotes Mariah Hay, Former CXO at Help Scout and VP of Product of Pluralsight , and Matthew Mottola, CEO of The Human Cloud, at the conference.

In addition to keynotes, GRIT will also feature twelve panel discussions. The newest panel announcements include an AV, AI, and Robotics panel, an Exit Panel featuring business founders who sold their companies for seven to eight figures, a Digital Marketing in 2023 panel, a Black Owned Business Builders panel, an Insights and Intersection of Entertainment and Gaming panel, and a Culture to Commerce panel. All panels can be seen at https://thegritconference.com/speakers/our-featured-panels/.

GRIT, formerly called Geekend, was started in 2009 and is Savannah’s premier innovation conference. The two-day event brings together the best and brightest entrepreneurs, technologists, makers, creatives, leaders, and change agents in the region. This year’s theme is “Hidden Gems” and sheds light on innovators and groundbreakers from different industries living right here in the Coastal Empire.

Early Bird tickets to GRIT are available for $99 through January 5th. Starting January 6th, the General Admission ticket price kicks in at $199. The Creative Coast is also accepting volunteer applications through January 15th. To learn more about the conference, visit https://thegritconference.com/.

About the GRIT Conference

The GRIT Conference is an event organized by The Creative Coast in Savannah, Georgia. The two-day conference features and connects leading designers, technologists, entrepreneurs and thought leaders from Savannah and beyond. Sessions showcase Savannah’s achievements in business, tech, and the arts, address our toughest challenges, and discuss emerging trends with the goal of providing individuals with access to new ideas and people to spark their momentum. Learn more at www.thegritconference.com.