Jayme Tinti, Co-founder and Artistic Director and Wesley Pridgen, Co-founder and Technical Director, to talk about the journey of Savannah Stage Company, as well as what it means to meet the challenges  with imagination and the brave storytelling that have gotten them to their 5th Season.   Creative Coast: Talk to me a little bit about Savannah Stage Company and what y’all do. Jayme Tinti: We work hard to provide accessible theater to Savannah, first and foremost. This looks a couple of different ways: We have what we call our main stage season. We also do a lot of touring. I would say that is one of the things that we do to fulfill our mission of accessibility. So we go out to schools and libraries and nursing homes, and these weird places in backwoods Georgia that I had never heard of; I had to look it up on Google Maps when they called us. We can take what we do, which is the bravery, the imagination, the action-driven story-telling, to people who literally would otherwise never see it. Wesley Prigden: And the accessibility not even just being able to tour and go to places, but also for the price that we take it to. Everything that we do has a pay-what-you-can policy. JT: Some people can pay what is considered full price and then there’s some people who pay an absolute fraction of that. It’s the same whether we tour or have a show in town. We ask $15 dollars, but that isn’t accessible to every person, so people come up to the box office and pay absolutely whatever they can, and sometimes that means nothing. They get a program, they take a seat, and they get to experience theater in the same way that the person next to them who can pay $15 dollars was able to. 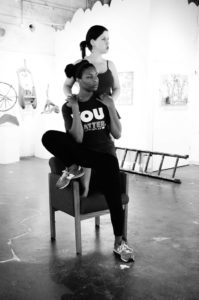 CC: That’s awesome. So, can y’all talk to me a little bit about your genesis story? Are you all originally from Savannah or how did you get here? And then, how did Savannah Stage get here? WP: We moved here specifically to do this. We were at a place in our lives where we could have gone anywhere. We had been working in professional theater. We saved all of our money, and we could have to gone Austin, Portland, Atlanta or other cool places, but we chose specifically to come here because we saw a lack of what we wanted to do in the area. There were five of us originally: Jayme, myself, my brother Bryan, Liz, and our friend Ethan. Myself, Bryan and Ethan all grew up in Wilson, North Carolina. Jayme came from Chattanooga, and Liz, who is our fifth founder, she was from Atlanta. In the summer of 2010, Jayme and Bryan initially were like, “Hey, we might be able to do this theater company thing and actually open up a theater company,” so started talking, and we had always liked Savannah. We came here and visited, just like a short trip, and it was like, “We got to come here!” 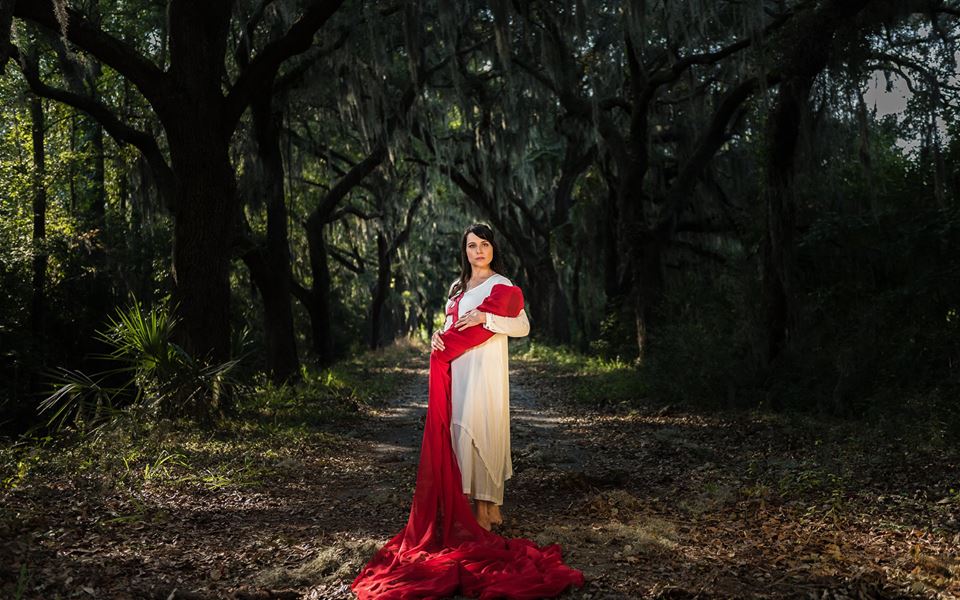 JT: We did a lot of research into the theater community here in Savannah and on multiple cities, but out of all the cities that we researched, Savannah had the largest gap in terms of there was no theater happening here at the time. Of course, there’s lots of community theater going on in Savannah and Savannah has a rich background in theater, which is so important for community, amateur actors to be able to have fun and work on this, but in terms of people who are getting paid to do this, at the time there was just nothing else like we wanted to do. It felt like Savannah needed us. Because in Atlanta or Austin, there’s just a million of everything. They didn’t need us. Our goal was to come in and fill that, and it wasn’t until we got here and got jobs and made friends and had crappy apartments, that we were like, “Oh, Savannah’s not all Jones Street and all that.” We had done some research and thought we knew it all, until we got here. That’s when we adopted the accessibility, and it’s not all down there. I mean, our ticket prices were even higher when we first got here. We didn’t quite understand, exactly, and it was like once we got an idea of the not-so-pretty parts of Savannah, that’s when we really figured out who we were in terms of the accessibility and the pay-what-you-can and the touring and being brave. [gallery size="medium" ids="86035,86033,86029"]   CC: I love that y’all basically talk about seeing an initial gap and that being the reason that y’all moved here, but then being here and like, “Oh, there’s actually another gap here we need to fill.” I think that’s important for anyone who says yes to Savannah. So, what would you say to people who are looking at Savannah as a place of potential opportunity, like what advice would you give them? JT: That the hard part has to be the fun part. If you are somebody who doesn’t thrive on solving problems, this might not be the place for you. It’s just like a million problems. Any fire-breathing dragon is going to come to you, but that’s where we do our best work and that’s what fuels us, so you’ve got to have some of that, I would say, because it’s a lot of, as you said earlier, crash and burns. WP: I would also just say rely on the local community, just because we feel like we’ve brought people from out of town that we work with and we know, we’ve worked with these people before and know it’s going to be great, people are going to love it. But, if you haven’t gone down to the community and the people that are here, no one’s going to give two whatever’s about coming to see what play this person’s doing. But definitely we’ve grown so much in terms of just five of us being here, knowing absolutely nobody. We knew zero people when we first moved here, except for the five of us who were here. There’s literally days in the beginning where we were like, “We need to go out and just meet people. We need to all just separate, spread out, and just go find people to meet and then come introduce them to everybody.” That’s definitely like the biggest thing, just the local. [gallery size="medium" ids="86031,86028,86030"]   JT: Investing in what’s going on here. I think something that we do that I love and that obviously everyone needs to do more of, branching outside of just this theater community, so like we hang out with Jerome down at Indigo Sky and we do our plays in the art supply store, and just broadening, making sure that art is seen as broader than just the theater and in the theater community. WP: No matter just about anywhere you go, I feel like that’s something that happens, so I feel doing what we’re doing, partnering with people and trying to push each other. To learn more about Savannah Stage Company, visit: http://www.savannahstagecompany.com]]>